Posted on December 9, 2018 by Anthony Brenner 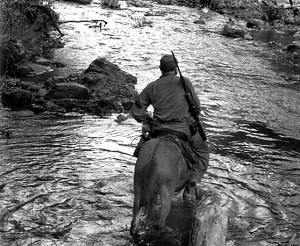 Dec 5 (Cubadebate) The passage of our Comadante en Jefe into immortality –marked by the moment Army General Raúl Castro Ruz placed a cedar chest holding his ashes into the heart of a monumental boulder here, December 4, 2016 – was commemorated by 350,000 residents of the city who reaffirmed his eternal presence.

Thus, as the first rays of the sun appeared, he received the first tribute of the day from the Cuban people, when, in the name of all the grateful, a floral wreath was placed at the site in Santa Ifigenia Cemetery by members of the Party Central Committee, and the provincial leaders of the Party and government,

Recalling, as well, the innumerable battles directed by the historic leader of the Revolution – the Moncada, La Plata, Uvero, and many more – different sectors of the population converged on Mayor General Antonio Maceo Plaza at dawn, and departed along Patria Avenue to Santa Infigenia.

The 2.7 kilometer stretch, the same route taken by the funeral procession that unforgettable morning, was adorned with Cuban flags, those of the July 26th Movement, and other expressions of deep affection for Fidel.

At the end of the march, the spontaneous tribute continued with visitors from Santiago de Cuba, neighboring provinces, and around the world, to set a record for a single day at the cemetery, and surpass 1.5 million visits over the last two years – more evidence that the Comandante en Jefe lives on in the hearts of Cubans and peoples around the world.