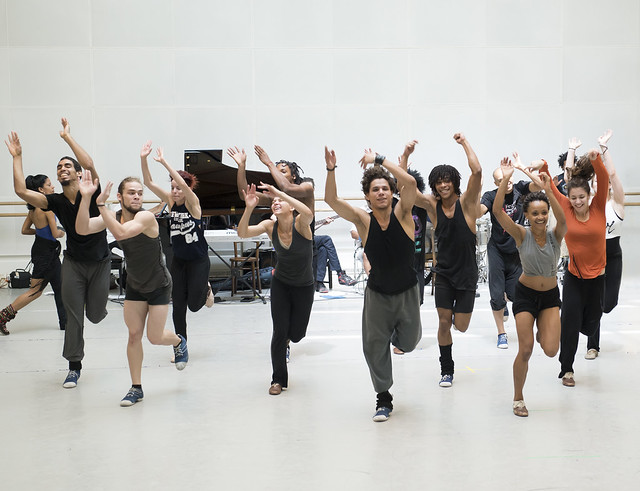 The internationally-acclaimed dance group Danza Contemporánea de Cuba is making its much-awaited Royal Opera House debut in Cubanía, a vibrant mixed programme presented by The Royal Ballet’s Principal Guest Artist Carlos Acosta, himself originally from Cuba. Founded in 1959 and based in the capital, Havana, the innovative company has been under the revolutionary direction of one of its own former dancers, Miguel Iglesias, for some three decades, delighting audiences the world over. 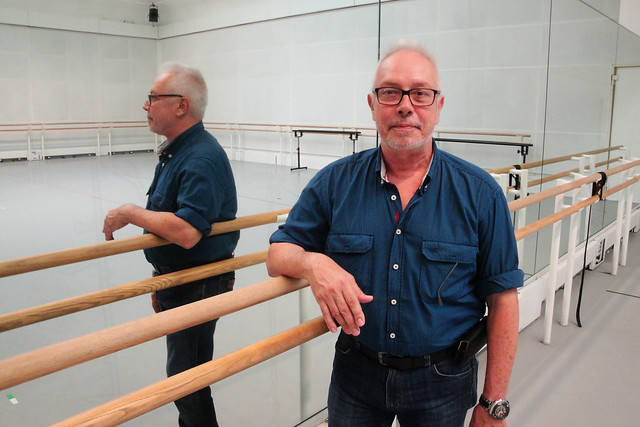 During rehearsals at the Royal Opera House, he explained what makes his group of talented performers so inherently different:

“I think that, during my whole life, I was quite a heavily influenced individual. It always seemed that I didn’t know enough about anything. So I took many courses: on the history of costumes, on sound, on lighting; just to understand the environment in which I was developing as a dancer. And after that, I danced many pieces and did ​​theatre plays as well. So, in 1984, I was asked to lead the company. I first changed its name [from Danza Nacional de Cuba to Danza Contemporánea de Cuba]. And, as a man influenced by theatre, dance and everything else, I tried to make each style of dance coexist peacefully in every piece, as long as it was well made. It’s my job to create a different kind of dancer, someone who uses ballet for its techniques and skills, who uses modern dance for its techniques and skills, and who uses contact improvization because [the technique] is like life itself. I must have a well-prepared dancer without the high posture of classical ballet, the raw power of modern dance or the natural moves of the Cuban tradition. My dancers are just like human beings and display an almost feline element of surprise: using their muscle power to take off like airplanes but landing not with power, but softly.”

“Like a cat. But the cat has 14 more bones [in its legs] than a human being! Now, if you can have all this knowledge inside yourself and you use it each time you need it on stage, you become not only a dancer; you become a performer, a human being who can look at the audience without an attitude of superiority, and can bow and give thanks, saying: ‘Do not applaud me because I’ve enjoyed it more than you did’.”

Q: I suppose it is rather complicated to mix these of many different styles that, as you say, are even opposites?

“Well, the problem is that different styles are born from opposition, like modern dance comes out in opposition to ballet, but I do not find opposition [in these styles]. I instead find that they complement each other. There’s no need to pit Van Gogh against Picasso or Rembrandt against Monet. There is room for everything. You, as a performer, have to learn to change your own skin in every work. And that’s what I need from a dancer: life experience.” 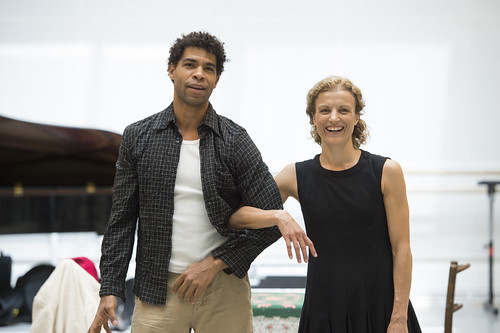 Q: The title of the programme is Cubanía. What does ‘cubanía’ mean to you?

“I think it’s something about where you were born and where you live. Identity is something you have tattooed not in your body, but in your brain, your liver, your intestines, your heart, which is inside you and makes you different in one way or another. We did a piece with Carlos Acosta at the London Coliseum. It was called ‘El peso de una isla’ and was inspired by a poem by our poet Virgilio Piñera called ‘La isla en peso’, which talks about the damned circumstances of living on an island surrounded by water. But what I see are the blessed circumstances of an island surrounded by water. [In Cuba] we were indigenous people some years ago, then the blacks came [from Africa], brought to work as slaves after [the European colonizers] wiped out almost all the native population. We are mixed people. That’s what I call ‘cubanía’.”

Q: What can the public expect to see? How will the programme be?

“I don’t really like to say too much in advance to avoid creating high expectations. But what I can say is that you’re going to see a lot of energy, because we, the Cuban people, have plenty of that! We are looking forward to performing here because I believe we are the first Cuban company to perform at the Royal Opera House. I don’t know if it’s luck, coincidence or quality. And I think you are going to see something different!”

Q: And how is it, working with Carlos?

“I met Carlos at a [dance] festival for schools when he was 13. I was a judge at that festival. He was a skinny, tiny child, very wicked but with a lot of talent. And I think that, despite the great success he’s had in his career, he remains a good man with a pure soul. It’s been demanding for him, being black, to get to where he’s at in the world of classical ballet, where the idea [of the male dancer] is of someone blond with blue eyes. I can only imagine all the sacrifices he has had to make to get there and be respected. Although Goethe said that he can forgive a man’s flaws but not an artist’s, I think Carlos has very few flaws both as a human being and as an artist.”