Amid detente, triathlon brings Americans and Cubans together 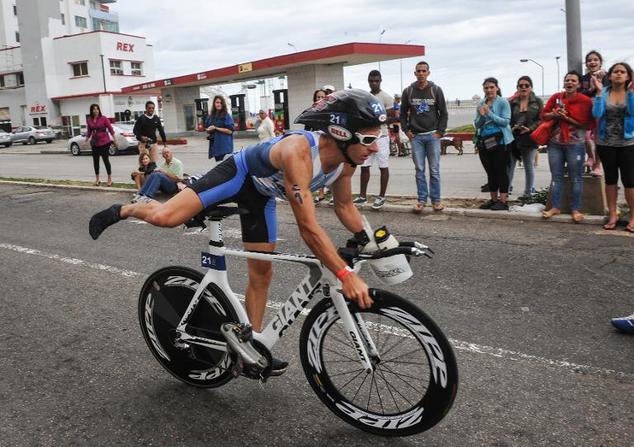 Seizing on US-Cuba detente, Americans swam, biked and ran in a triathlon in Havana for the first time, and even heard their national anthem on the communist island.

Jim Donaldson and Robert Plant wore “USA” logos on their clothes as they stood in the capital’s “anti-imperialist” esplanade, built by Fidel Castro in 2000 to hold rallies in front of the US Interests Section.

But on Sunday, the venue along Havana’s picturesque seafront was used for friendlier purposes, as the site of the finish line for the middle and long distance races.

“It’s a historic race, being the first time Americans have been over here to do this,” Donaldson, a 70-year-old retired business products manager from Ohio, said as he waited for the arrival of the middle- and long-distance racers. 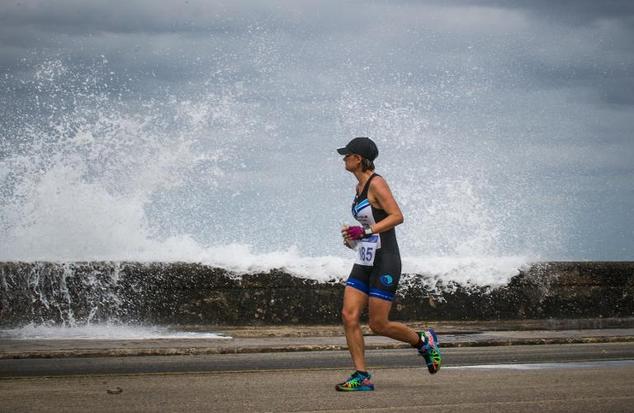 The day before, Donaldson and Plant, 71, participated in the shorter sprint race at the Hemingway Marina, where they both finished in about an hour and a half.

“At the awards ceremony, a couple of Americans had won the juniors (race), and they played the American national anthem. It was pretty exhilarating to hear the US national anthem played in Cuba,” said Donaldson, who like others in the US team donated triathlon gear to Cuban athletes.

By coincidence, the competition occurred just days after the highest-level US official to visit Cuba in three decades held historic talks Thursday aimed at restoring ties broken off in 1961.

These 25 Americans triathletes traveled to Cuba after securing a special license from the US government.

But as part of the rapprochement, US President Barack Obama eased travel restrictions this month that will allow Americans in 12 categories, including athletes, to visit Cuba without asking for permission first. 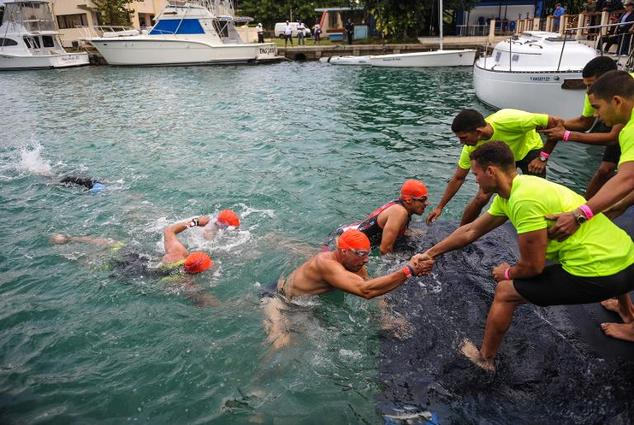 This has raised hope among Cubans that more US visitors, and their dollars, will come and help improve their lives, while American tour companies have seen a surge in demand for trips to the island.

The sports world could also be shaken up in two countries that share a passion for competitions, like boxing but especially baseball.

“We are living through a special moment, which is the normalization of relations between Cuba and the United States, and sports are also a way to bring people together,” Alejandro Puerto Torres, president of the Cuban Triathlon Federation, told AFP.

The Americans were among 372 triathletes from 29 countries who participated in races on Saturday and Sunday.

Plant and Donaldson already plan to return for next year’s competition.

“The floodgates are open. It’s going to be big here,” said Plant, a fit 71-year-old dentist from San Francisco.

Some 100,000 Americans already visit Cuba each year, according to Cuban government statistics.

Cuba’s chief negotiator in the normalization talks, Josefina Vidal, told MSNBC that she expects an increase in American visitors “at some point this year.” 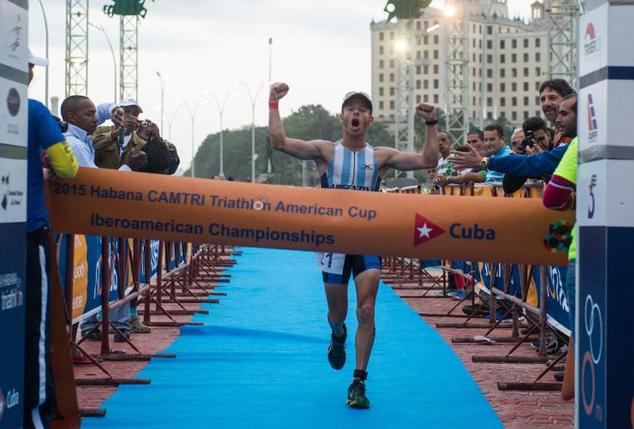 But regular tourism remains forbidden and depends on the US Congress’s willingness to accept Obama’s demand to lift the US embargo against Cuba.

“A series of obstacles have to be removed and allow tourists to come, which would be very good for the Cuban economy,” said Ricardo Vardez Gonzalez, a 49-year-old mechanical engineer, who took his nine-year-old nephew to watch the race.

While the new rules will make it easier for authorized Americans to visit Cuba, they will still need to justify their trip to US authorities when they return home.

“They can travel but they have to be very careful that they can explain they traveled to Cuba using one of the exceptions,” Peter Quinter, a lawyer in Florida and chairman of the Customs and International Trade Law Group, said in a telephone interview.

USA Triathlon, the sport’s governing body in the United States, received the license for the trip around the time Obama and Cuban President Raul Castro announced the rapprochement in December.

As the sun set and the Iron Man winner from Argentina crossed the finishing line, Plant looked over at the six-story US Interests Section, not knowing what it was and that it will be the site of the US embassy one day.

“How ironic that it’s going to be here. It all comes together,” he said. “This embassy being here is a great symbol of our cooperation with the Cubans.”

This entry was posted in Exchanges, Uncategorized. Bookmark the permalink.