Supporters of normalizing relations with Cuba far outnumber opponents nationwide, according to a new poll from the Atlantic Council. 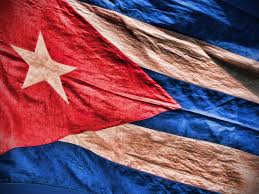 In Florida, the state with the largest Cuban American population, 63 percent favor normalization and 30 percent are opposed. The breakdown is 62 percent to 31 percent among Latinos.Democrats and independents both favor normalization or direct engagement by about a 2 to 1 ratio. The margin is slimmer among Republicans, but 52 percent of them still favor the changes, compared to 41 percent who oppose them.The poll, conducted in English and Spanish on both landlines and cellphones, surveyed more than 1,000 U.S. adults in January. It has a margin of error of 3.1 percentage points for nationwide results, with the margin growing to 4 percentage points for the Florida poll and 4.4 points for the poll of Latinos.

In light of the poll results and the steady rule of the Castro brothers in Cuba, “it is clearly time to take another look at the dynamics of US-Cuba policy,” the Atlantic Council says in its report on the poll.