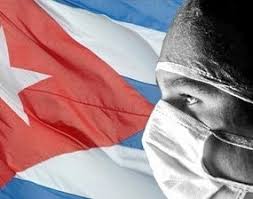 Despite the fact that the US altogether spends arguably more on public health than any other economic force in the West, next to nothing about its healthcare system is democratic. Like most everything else, this industry, or market sector, only exists to serve profit motive. Any ostensibly beneficial components, which might appear to favor the marginalized, are little more than the usual rotten fruits of a welfare capitalism that keeps the poor working class divided against itself. As the system grows more and more costly to the public, the rich get richer and the poor invariably suffer. Ultimately, radically democratic change in American healthcare is necessary to fix the problem, and Cuba holds the answer.

When compared to all other so-called “industrialized” democracies, the United States of America is the only one that does not afford its people universal healthcare. The truth is that the healthcare industry is one of the most important pillars of the American economy for the rich; through capitalizing on illness and highly anti-democratic pricing, the plutocracy pools and stratifies incredible amounts wealth. Public funds do little more than grease the profiteering skids. Moreover, the ghastly amount spent on public health is not some dutiful act of governmental benevolence, some compliance representative of popular, democratic sentiment; rather, it is merely another indication of the reverse funneling of public coffers.

Such an incredible amount of spending does not even ensure Americans the best healthcare in the world. It certainly does not secure for its people the best system that money can buy. One report tells of at least 45,000 people dying yearly as a result of having no healthcare or access to it. Furthermore, many social democracies and communist countries from all latitudes score higher than the Yanks when it comes to public health measures and progress on that front. Cuba, say, actually does more with less.

A country like Cuba cannot afford to allow private enterprises to milk public pockets, nor does it want that for itself. Cuba has invoked a radically democratic means to ensure public health standards rise rather than fall in earnest. The result? Cuban healthcare far exceeds that of the US, and it does a far better job treating its body politic than America does her own.

Despite any shortcomings, Cuban healthcare has achieved what seems a pipe dream to most Americans. So, Americans should choose to learn from Cuba’s example, rather than falling victim to the systematized rhetoric that claims all things Cuban, and therefore all things communist, are inherently evil and of no use to them. Actually looking to some of the key components of Cuba’s sustainably democratic model would save the US populace both money and lives.  The following are a six Cuban methods which the American people should adopt in order to make healthcare cheaper, more democratic, and universal for all people living within the US.

Access. In order to shrink the existing disparity in its people’s healthcare, Cuba endeavored for complete accessibility. Increased accessibility thus led to the adoption of a universal system, one which yielded unprecedented levels of healthcare for all Cubans. By 1999, Cuba boasted one doctor per every 175 Cubans. With greater access and a new system predicated on it, new medical jobs were also created around the country.

Ingenuity and Innovation. Cuban policy allocates large amounts of funding to research. A poorer nation than the US, Cuba actually strives to comply with World Health Organization recommendations: Cuba funds a percentage of all health-related costs, as well a portion of its research and training programs. This is also born out of necessity; due to the US and its embargo-driven transgressions against the poor island nation, many vaccinations had to be developed in-house, rather than traded-for, with other nations. Still, Cuba has funded many break-through revolutions in the medical field. The US needs to have at least the same policy toward funding its medical research.

Public Funding. Due to the fact that Cuba’s health system is principally funded by the state, free preventive medical treatment and diagnostic testing are offered the people as a mainstay of its healthcare ethos. Cuba also offers certain free medications and other subsidizing options as an added value to the people. This keeps healthcare cheaper while also keeping the public perhaps healthier than it otherwise might be.

Prevention and Primary Care. Cuba subscribes to the Alma Ata Declaration, guaranteeing “Health for All.” Cuba thus focuses largely on its primary care. Many research experts claim that Cuba maintains this dedication to “health for all” more comprehensively than anywhere else in the world, especially the US. As the benchmark of the Cuban healthcare system is primary care, the resulting system roots itself in a social health that seeks not only to aid its people, but also to engender a nation-wide culture of health. The people thus see the benefits of universal healthcare and these, its other components, and they endeavor democratically to improve upon it.

Integration. Specialized care means that each medical consultation will, if necessary, result in referrals to specific “polyclinics” that exist within each community. Cuba’s integrated system has therefore led to a decrease in hospital visits and to hospitalization in general. This absolutely drives down costs. Patients released from the hospitals receive home visits from their doctors as well. This system style allows Cuba to cope with unparalleled economic strains while also providing radically democratic, world-class healthcare in any community.

Planning: The Cuban health ministry broadened not only the quality of care it provides, but also it improved efficiency and efficacy. Satisfying the needs of the population increased nearly in tandem with these efforts. Many of Cuba’s different state sectors were integrated, including the social and economic areas that also affect its public health. This planning was underscored by public participation and democratic management, as well as educational efforts on the front to sustain improvements in Cuba’s general public health.

Ultimately, the status of rich nations, like the US, continues to evince that wealth is no guarantor of great health care. At the same time, a very poor country with communist leanings far outstrips the US in myriad aspects of public health and healthcare. Arguably, the Cuban healthcare system is for the people, by the people, while the US system remains for the profit off ’the people.  The exemplary distinction drawn between the nations of Cuba and the US can only further solidifies this for any potential skeptic.

If Americans adopt these elements from Cuban model in order to improve healthcare, then tailoring them to the many cultural nuances present in American society could reshape American healthcare in both fiscal manageability and democratic control. The public will gain from this. Furthermore, a reduction in the spending (indirect and direct) that lubricates America’s current backwards healthcare system would yet afford the public economic power to grow other segments of the economy. Such a transformation in American healthcare is well within the realm of possibility, almost to the point of inevitability. Nevertheless, employing these measures firstly assumes that Americans do, in fact, want a better, more democratic healthcare system. Hopefully, they do.

Mateo Pimentel lives on the Mexican-US border, writing for many alternative political newsletters and publications. Much of his work can be found on CounterPunch.com