Kass thinks discussions between the U.S. and Cuba regarding the airline are ‘fairly far along’ 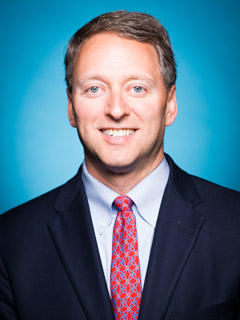 Now that American Airlines has finished its massive merger with US Airways, it is officially the largest airline in the world. It flies to 54 countries. And it hopes to add one more next year: Cuba.

American already flies there and has been flying there from the U.S. since 1991, although only through charters on American Airlines planes. It flies an average of 22 charter flights a week to the island from Miami and Tampa. Its planes will be used in the launch of another charter flight from Los Angeles before the year is over.

The State Department and Cuba have been talking for months about allowing regularly scheduled flights between the two countries — talks American thinks will allow its passengers to book flights to Havana as easily as to Harrisburg, Pennsylvania.

As relations have thawed between the two countries, the U.S. airline industry is one among many hoping to do business with communists. WLRN’s The Sunshine Economy spoke with Howard Kass, who is vice president for regulatory affairs at American Airlines.

A. Business has been very good. American has been flying to Cuba from the U.S. for the last 24 years. Since the Dec. 17 announcement by the Obama administration, we’ve seen an uptick in requests for charters. We’re really excited about what we’re seeing, and we’re very bullish on future scheduled service with Cuba.

Q. Scheduled service would be a significant change from American’s business to Cuba since 1991. Instead of a third party running ticketing for American planes, it would be American Airlines. What do you anticipate for regularly scheduled commercial passenger service to and from Cuba?

A. We anticipate operating to Cuba as soon as the two governments work everything out. We’re ready to go now. We look forward to going, and we think it will be a great benefit for passengers. Not just in Miami, but throughout the United States. Today, when we take somebody to Cuba, the charter process is a separate one. We can’t ticket them all the way through. Their bag check isn’t seamless. So once different points in Cuba become part of the American network, a passenger in Minneapolis will book a ticket to Havana just as easily as that same passenger in Minneapolis books a ticket to other points in the Caribbean on American.

Q. What do you understand as to what the conversations are between the U.S. State Department and the Cuban authorities regarding the ability of American Airlines to fly commercial regularly scheduled flights into Cuba? How far along are those discussions?

A. We think they’re fairly far along. We know that there have been proposals exchanged between the governments. We know that the governments last month had talks in Havana that I think narrowed some more of the differences. A big issue is all the regulatory and legislative sanctions on Cuba. It’s a bit more complicated than a typical air service negotiation between the United States and another country, but we know and believe that both governments are committed to getting scheduled service between the United States and Cuba.

Q. The State Department has been very reluctant to put a timetable on this. How about you? What is American planning for in terms of regular service to Cuba?

A. We’re highly optimistic that we will be serving Cuba with scheduled service next year sometime.

Q. Can you narrow it down?

A. I’m personally optimistic [that it will be the] first half of next year.

Q. What gives you that kind of confidence?

A. The Cuban government is obviously going to look out for the interests of Cuba and the Cuban carriers, just as the United States does the same with its carriers. And so both sides have some work to do, but I believe both sides are committed to getting this done.

Q. One of the sticking points could be on the Cuban side because of civil court judgments leveled by American courts against Cuba. A number of those lawsuits are in Miami-Dade County. If Cuban airplanes were to land on U.S. soil, they could be seized. How big of a concern is that for the American legacy air carriers?

A. It’s an issue that over time has to get resolved. Whether or not it gets resolved on day one of a new agreement or down the road remains a question that’s not answered at this point. But if there’s a deal reached, American is going to start service on day one.

Q. American started charter service in Cuba in 1991. It’s now flying an average of 22 flights a week from Miami and Tampa. You’ll be adding Los Angeles in December. How would this change the business opportunity that American sees in Cuba if it were to switch from a chartered service to regularly scheduled flights?

A. We want to see Cuban destinations as part of our route network so we can sell them on our website. You’ll be able to book at aa.com or through any of the other sales channels American uses. Today, you can only book a flight to Cuba by going through the charter operators.

Q. Is Cuba ready for a regularly scheduled air service from the United States?

A. If they weren’t, there wouldn’t be talks that have progressed as they have. The level that the two governments agree upon to start service [could be] something that starts at a certain point and then builds from there. It’s too early to know how exactly the agreement going to look, but I do believe that the Cubans are ready.

Remember, lots of other countries have normal diplomatic relations with Cuba. So there are flights from Cuba to lots of other places in Europe and Latin America. Adding the United States to their network is something the Cubans want to see.

Q. How much more business does American think it can do with Cuba with regular service as opposed to charter service?

Q. If regular service comes into play in the first half of next year as you anticipate, how would the profile of an American Airlines passenger to Cuba change? Could it change from beyond the diaspora more to a corporate client?

A. We think it will be a really good mix of both. All the different trade missions from states in the Midwest and the Northeast [indicate] folks want to go to Cuba. They want to see the opportunities. They want to help develop the Cuban economy, and American looks forward to enabling those folks to get to Cuba.

Q. American will start flying charter service to Cuba from Los Angeles in December. What about Dallas and other American hubs?

A. As the U.S. government and the Cuban government make progress, our network planning team is looking at all the opportunities. What makes sense for American? Where do we think the traffic will come from? Where’s the demand going to be? Clearly, we know Miami’s going to be a great hub for Cuba. We’re certainly looking at our other hubs as potential opportunities, but we haven’t made any decisions yet.

Q. The charter passenger from South Florida historically has been a passenger with a familial connection in Cuba. Those charter passengers tend to bring on luggage that can be a little bit odd compared to other regularly scheduled commercial passenger airline traffic. Will there be limitations for regular service when it comes to luggage and packages?

A. I don’t think we’ve gotten that far along in sorting through those issues. As the largest carrier to the Caribbean and the Latin America region, we’re certainly familiar with what customers bring such as consumer goods for their families and loved ones. We have experience in dealing with that, and I’m sure we’ll sort all that out before we start scheduled service.

Q. Does American anticipate any kind of capital asset investment necessary in order for it to be among the first U.S. air carriers to have regularly scheduled commercial passenger flights to Cuba?

A. No, certainly nothing large-scale.

Q. As American Airlines’ vice president of regulatory affairs, you’ve got a full plate of stakeholders to keep on top of. Where does Cuba rank?

Career before his current role: Kass joined US Airways in 2003 as a director and associate general counsel and most recently was vice president, legal and government affairs for the airline. Prior to joining US Airways, Kass worked for the Transportation Security Administration, where he held deputy director and director positions. While there, he helped develop TSA policies for the distribution of federal funds to the airline industry. Previously, Kass was a senior associate with the management consulting firm Booz, Allen, Hamilton in McLean, Virginia. He was also a consultant with GKMG Consulting Services where he advised airport and transportation industry clients on Department of Transportation and FAA regulations.

Connection to South Florida: American Airlines is the largest carrier at Miami International Airport with 70 percent of the traffic at MIA and more than 340 flights a day to more than 120 destinations and 11,500 employees. Kass frequently visits South Florida on regulatory issues related to the airline and for outreach with federal agencies at MIA.

Social media: Connect with American on Twitter @AmericanAir and at Facebook.com/AmericanAirlines.