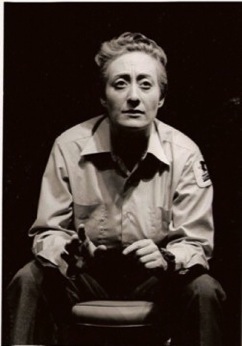 SANTA CLARA, Cuba, Mar 18 (acn) American actress and writer Terry Baum offered at El Mejunje Cultural Center, in this city, a unique feature of her work Immediate Family, with which she appreciates the opportunity to visit Cuba.

It is an honor to perform in this place and I am very happy to share this monologue with you, Baum said.

Immediate family is an allegation of respect to differences and acceptance between people; the author also expressed her approval for the work to be represented and disseminated in the country.

Terry Baum is an active component of theatrical activities in San Francisco since 1975 and is a member of the union of playwrights and theater directors of the United States.

The artist is part of a delegation of 19 American citizens from San Francisco, State of California, who through AMISTUR agency and in collaboration with the Cuban Friendship Institute, make a tour of Cuba.

For Gino Pio Muzzatti, group leader, his goal is to show solidarity and support for the process of restoration of diplomatic relations between the two countries.

They are also members of the Global Exchange organization, who are identified with the Cuban reality have been and travelling to the island since the late 1970s.