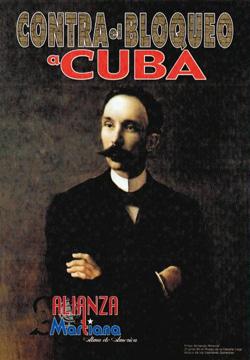 Washington, Mar 5 (Prensa Latina) The Alianza Martiana coalition, which groups several organizations of Cuban émigrés in the U.S. city of Miami, Florida, today called to protest against the United States” decision on its embassy in Havana.

Three days ago, the U.S. Department of State informed that the staff reduction in the embassy will continue, despite calls by several groups to allow diplomats and officials to return to Havana.

A new staff plan comes into force on Monday, according to which the embassy will continue to operate with a minimum number of officials necessary to do basic consular and diplomatic work, the official communiqué says.

The number of officials at the embassy will be similar to the emergency level that has worked since September 29, 2017, when Washington withdrew more than 50 percent of its personnel with the pretext of health incidents reported by them.

In order to reject this decision, Alianza Martiana plans to organize a caravan of automobiles on March 10 along major Miami avenues.

In the call, Andres Gomez, the national coordinator of the Antonio Maceo Brigade, which is part of the alliance, pointed out that the U.S. decision results from a ridiculous plan by President Donald Trump and his allies from the Cuban-American extreme right wing.

They want to prevent the arrivals of Cubans in the United States and cause an eventual rupture of relations between the two countries, he noted.

Without any reasons, Washington expelled 17 diplomats from the Cuban Embassy in the United States, thus making indispensable consular procedures difficult for us to travel to Cuba to visit our relatives, Gomez stressed.