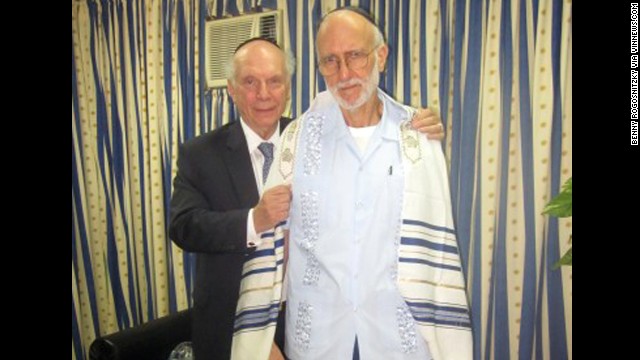 Two Cubans convicted of spying in the United States are pushing for the deal. They argue that U.S. President Barack Obama could follow the release of Army Sgt. Bowe Bergdahl with a similar exchange, swapping three of their imprisoned colleagues in exchange for Gross.

“The only thing missing is political will,” Fernando Gonzalez told reporters Tuesday, speaking from Havana in a teleconference broadcast at the Cuban Interests Section in Washington. “I cannot think of a reason for him not to do something similar to what he did (with Bergdahl).”

Gross, 65, is serving a 15-year sentence for bringing satellite communications equipment to Cuba as part of his work as a subcontractor for the U.S. Agency for International Development. He was convicted in March 2011. 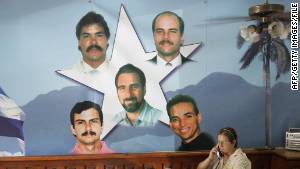 Gonzalez is one of the “Cuban Five,” a group of Cuban agents who were arrested in South Florida in 1998 and convicted of espionage in 2001.

Two of them — Fernando Gonzalez and Rene Gonzalez — were released from prison and have returned to Cuba. Gerardo Hernández, Ramón Labañino and Antonio Guerrero remain in prison in the United States.

Since their conviction, the agents have been the focus of an international campaign by the Cuban government to have them freed. Both of the freed agents have joined the lobbying effort.

The pair already say the Bergdahl exchange shows a deal is possible, despite the criticism Obama has faced since the controversial swap of the U.S. soldier for five Taliban figures who’d been detained at Guantanamo Bay.

“I think this is the time to do it. I think we had never had a more favorable moment to go that route than we have now. I think that the end result would have an important and positive impact, not only on us, but also on future generations,” Rene Gonzalez said during Tuesday’s teleconference.

“Cuban government interlocutors frequently attempt to compare Mr. Gross’ imprisonment to that of five convicted Cuban intelligence agents, three of whom continue to serve sentences in the United States.”

U.S. officials said Gross was merely trying to help Cubans bypass the island’s stringent restrictions on Internet access. But Cuban authorities say Gross was part of a plot to create “a Cuban spring” and destabilize the island’s single-party communist government.

The apparent U.S. reluctance to pursue a swap hasn’t stopped the Cuban government from pushing for it and saying that it would be open to discussing the matter with the United States.