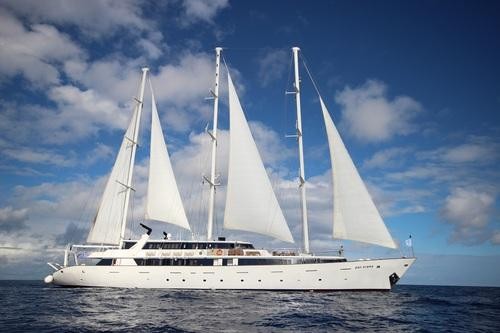 Academic Arrangements Abroad, an educational tour operator based in New York City, has become the first U.S. travel company to offer Americans the chance to explore Cuba by boat sailing from a U.S. port.

The first group is sailing this week aboard a luxury yacht from Key West, said Jim Friedlander, Academic Arrangements Abroad’s president, adding that his company has partnered with a Florida-based yacht broker to offer this new travel opportunity. “Paul Madden Associates charters the yachts, and we’re arranging the land excursions,” he said.

After the crossing to Cuba, the yacht will dock for three nights in Havana. Friedlander will escort the group ashore for political briefings, meetings with journalists and ambassadors, a walking tour of Old Havana, a visit to Ernest Hemingway’s home, private musical performances, and other land excursions.

Since 1999, Academic Arrangements Abroad has taken thousands of Americans to visit Cuba on people-to-people educational tours. But this is the first chance Americans have to book a tour to Cuba by boat since the Obama Administration issued new rules in January easing restrictions on travel to the island.

Other U.S. travel companies have announced plans to offer tours to Cuba by boat, but Academic Arrangements Abroad is the first to operate a trip sailing from a U.S. port.

“We’re delighted to offer small groups access to private yacht trips to Cuba, with customized shore excursions that comply with all U.S. regulations,” Friedlander said. His company plans to operate 20 to 30 yacht trips to Cuba in 2015, he added.