A local delegation of women goes to Cuba, and returns with some surprising lessons about equality 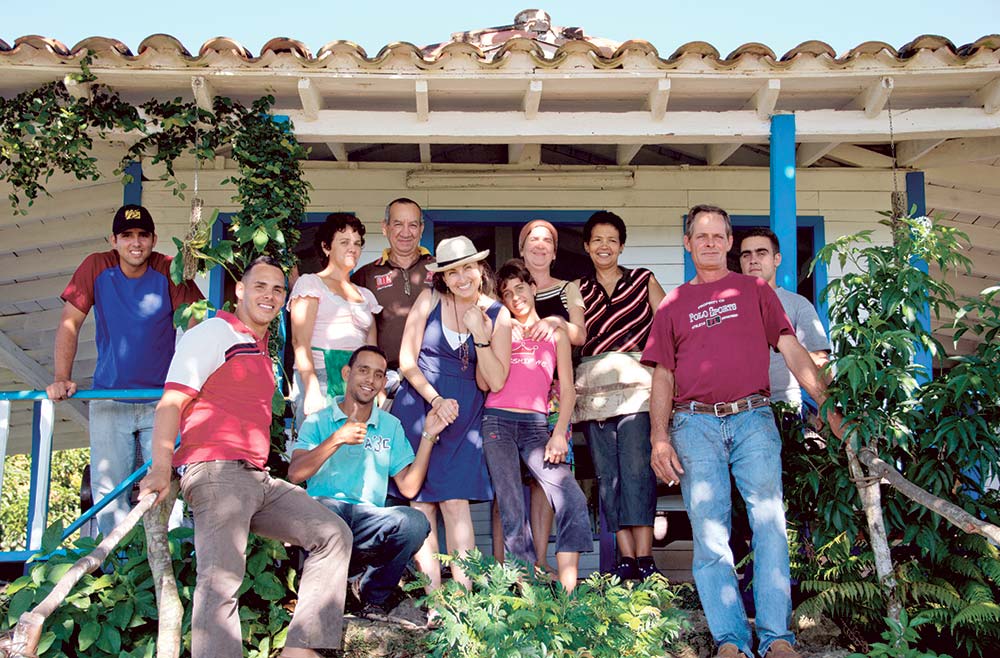 Priscilla Walton knows a thing or two about life in Latin America. She grew up in Peru and later served in the Peace Corps there. While living in Davis, Calif., in the ’80s, she organized three delegations to Nicaragua to observe and learn from the Sandinista Revolution. So she was persistently frustrated by what she considers to be a vacuum of information in the U.S.

“It struck me how little Americans know about Latin America,” she says.

She recalls many flights to Latin America where pilots would announce the land masses below. “They would always tell you on the plane, ‘There’s Jamaica on the left,’” Walton says. “Every time you’d fly over Cuba, there’d be dead silence.”

To break that silence, Walton organized 15 members of the Democratic Women of Monterey County to travel to Cuba for two weeks in February and March, for $4,500 each. The group included accomplished local dignitaries, Superior Court Judge Susan Dauphine, County Supervisor Jane Parker and retired County Supervisor Karin Strasser Kauffman among them.

Their lens: to see how women have fared in post-revolutionary, post-isolationist Cuba. The picture they came away with: very well. “I was absolutely blown away by [women’s] presence in virtually everything,” Walton says.

Fifty-one percent of Cuban doctors, 43 percent of scientists, 62 percent of university students and, perhaps most notably, 49 percent of members of the Cuban Parliament are women.

It’s far higher than the proportion of women in elected government positions in Monterey County: 17 percent.

For Parker, the challenges in modern Cuba present a fascinating inverse of the policy challenges she faces in local government. She wants to expand access to health care, child care and education. Cuba has zero illiteracy and stand-out health care, but little upward mobility. Their challenge, Parker says: “How do you increase economic benefit without destroying the social-justice fabric?”

The group visited a school in Pinar del Rio for students with Down syndrome, where kids were singing, dancing and creating works of art. They toured hospitals and a prenatal health center, which includes a dental clinic for expectant mothers, based on the understanding that dental health improves overall health.

That’s partly because women were partners in the bloody history of Cuba, which Parker says is proof that women’s rights – enshrined in the Cuban Constitution – are more than just lip service. Women fought and died alongside revolutionary fighters like Che, Fidel and Raúl Castro, the current president.

It hasn’t all been pork roasts and beanstalks, though the trip included abundant farm-to-table meals and impressive permaculture, where backyard systems catch rainwater and rabbits are raised for meat. The economy is still sputtering, with university graduates taking work driving cabs because tourism pays better than government jobs.

The time immediately following the collapse of the Soviet Union in the ’90s is known as “The Special Period,” when malnutrition and scarcity were the norm. That’s when Cuba’s world-famous agricultural practices came into being. That’s what attracted Tanja Roos, executive director of Carmel environmental education nonprofit MEarth.

Empty urban plots of Havana have been converted into lush cooperative farms. Organopónico, at more than 11 acres, occupies a big vacant lot and is run by a woman. A team of 175 worker-members grows lettuces, turmeric, eggplant and herbs.

But the agricultural success comes with a caveat: Tobacco and sugarcane are the highest-grossing cash crops, and neither is organic – or actual food.

About two-thirds of the food in Cuba is imported. Many of the fresh organic vegetables Roos saw were reserved for tourists, who generate $2 billion in annual revenue.

“This is not your little backyard [growing] situation: They are very serious,” Roos says. “But they’re not feeding their country.”

Still, she took home lessons about scaling up organic ag, and minimizing waste by canning and pickling.

Preserving the fruits of an equitable society will likely be much harder as Cuba modernizes and continues to open its economy. “There’s a certain fear about the uncertainty of the future,” Walton says. “They don’t want to lose the gains they’ve made.”