A Cynical Reversal on Cuba 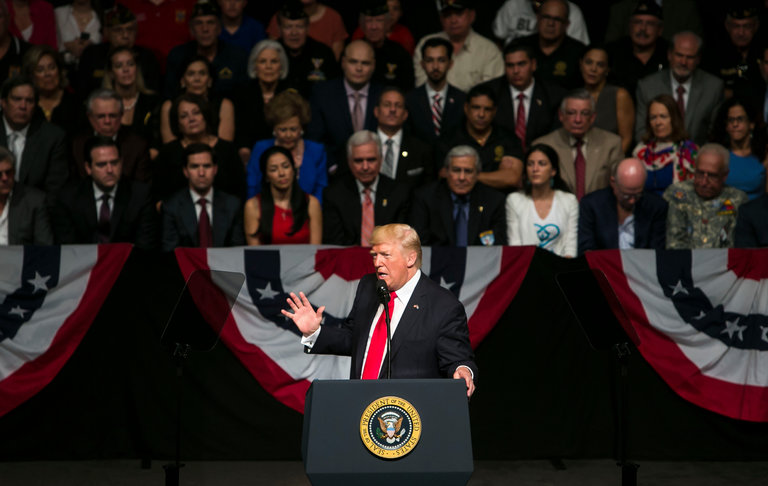 Fans of Cuban rum and cigars can rest easy. So can the Starwood chain, which has a deal to manage a historic hotel in Havana. But Americans who want to vacation in Cuba or start doing business there will find it harder as a result of President Trump’s misguided decision to slam the brakes on a two-year-old diplomatic opening with the island.

Mr. Trump told a cheering crowd in Miami on Friday that his goal is to achieve a “free Cuba.” In truth, his new policy is just the latest chapter in a spiteful political crusade to overturn crucial elements of his predecessor’s legacy while genuflecting to Cuban-Americans in Miami’s exile community who helped put him in office.

By now, Mr. Trump has perfected the art not of the deal but of dismantling what went before. “I am canceling the last administration’s completely one-sided deal with Cuba,” he declared, an exaggeration in that he reversed only parts of it. But they were important parts, including relaxations on travel and commerce negotiated by President Barack Obama. The net result is that Cuban-American relations are likely to revert to a more adversarial Cold War footing, undermining Washington’s standing in Latin America.

Under the new policy, Americans may no longer plan their own private trips to Cuba, and those who travel with authorized education tours will be subject to new rules to ensure that they are not tourists. American companies and citizens will be barred from doing business with firms controlled by the Cuban military or its intelligence services, thus denying Americans access to critical parts of the Cuban economy, including much of the tourism sector.

Mr. Trump’s policy rests on a cynical and historically bogus foundation. The aim, he says, is to force Cuban leaders to end repression, embrace democracy and open their economy. “We will not be silent in the face of Communist oppression any longer,” he said, adding that Mr. Obama’s brief détente has only empowered the Communist government and enriched the military. But 50 years of isolationist, hard-line sanctions never produced the ouster of Cuba’s Communist regime that anti-Castro activists had hoped for.

Mr. Trump’s sudden concern for human rights is particularly hard to swallow. No recent president has been so disdainful of these rights or embraced so lovingly authoritarians who abuse their people, like Vladimir Putin of Russia and the Saudi royal family.

And while Mr. Trump says he wants to deprive the Cuban state of income from American dollars, many Cubans say the real victims will be the entrepreneurs who have benefited from the thousands of American tourists who visited Cuba over the last two years. If Mr. Trump would open his mind to facts like these, instead of succumbing to the blandishments of cheering crowds and political sycophants, he would learn that three-quarters of all American adults favor Mr. Obama’s decision to re-establish ties with Cuba.

About the best that can be said is that his reversal is not as bad as it might have been. Embassies in Washington and Havana will stay open, direct flights between the two countries will continue, and Cuban-Americans will still be able to travel freely to Cuba and send money to relatives there.

That’s little comfort, given Mr. Trump’s harsh tone. The president leaves real questions about the future of bilateral agreements on health care cooperation, joint planning to mitigate oil spills, coordination on counternarcotics efforts and intelligence-sharing — and real questions about a truly productive relationship with an old adversary that Mr. Trump seems determined to turn into a new one.