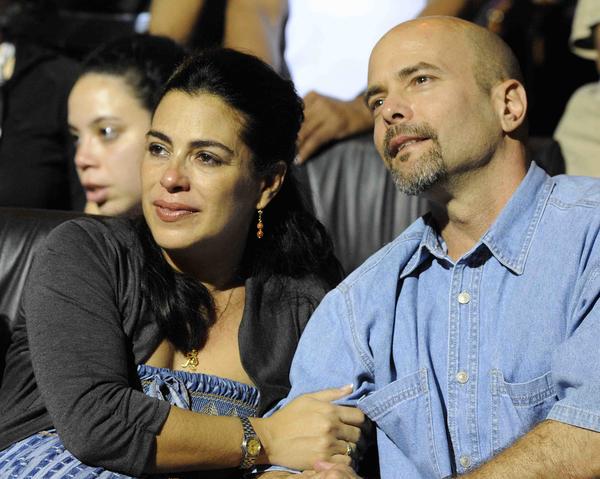 Havana, Jan 6.- Gema Hernández, daughter of one of the Cuban Five, Gerardo Hernandez and his wife Adriana Perez, was born here today, surrounded by relatives and common people who received the news with great joy.

Gema, born with a little over seven pounds, through caesarean surgery and both she and her mother Adriana Perez O’Connor are reported in good health, reported the midday National TV Newsreel.

Recently, Gerardo had joked, as is his nature, “the emotion is great and everyone is asking, while we have a lot of fun with all the gossip and speculation.”

“The truth is that it has been in silence, without much details we had to do it by remote control, but there it is and all went well which is most important”

Gerardo explained that Adriana wanted to name her Gema, meaning precious stone, because if it was a boy I wanted to name him Gerardo and the closest name to Gerardo is Gema.

The Five, arrested in 1998, included Rene Gonzalez and Fernando Gonzalez, who had returned to Cuba months before, after wholly serving their sentences.

The Cuban Five were wrongly accused for informing their country of terrorist actions planned by violent groups based in U.S. territory in Florida. (Prensa Latina)