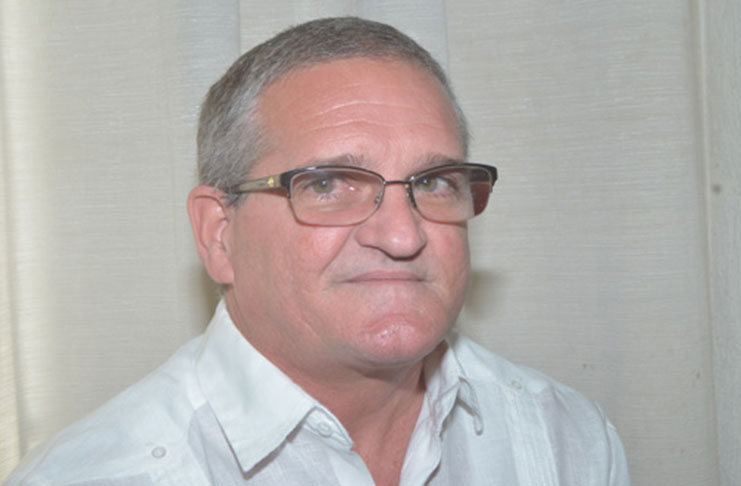 MORE than 100 Guyanese will be graduating in the field of medicine next year, adding up to a total of 790 to have graduated in Cuba and Cuban Ambassador Julio César González Marchante said Guyana will benefit from more scholarships.
The Cuban envoy said Cuban physicians, other health professionals and those in other spheres are a reflection of the solidarity and internationalism the Cuban people and Government practice.

He said there are more than 50,000 Cuban collaborators in 70 countries.
“Here in Guyana, we have 202 health collaborators deployed in seven regions of the 10 in the country, who today continue more than 41 years of uninterrupted Cuban health collaboration in Guyana. Among them, special recognition today goes to the 74 professors and other persons linked to the undergraduate teaching for the excellent work they have done,” the Cuban ambassador said.
Solidarity uplifts human beings, González Marchante noted, adding that the Cuban Revolution and its leaders, Fidel and Raul Castro, together with the Cuban people have promoted and multiplied this, convinced of its value to make their reasonable ideas triumph.

He noted that hundreds of thousands of Cubans have fulfilled internationalist missions in different sectors like education, construction and health with its ‘Army of White Coats’ that contribute to saving lives daily and help in elevating the quality of life and expectancy around the world.
Cuba cooperates in making doctors available at the international level, and they have elevated the sanitary indicators in the world.
“We are training thousands of physicians, nurses, dentists, technicians and technologists in all the specialties,” the diplomat underscored.

Further, the Cuban envoy said the Latin American School of Medicine, created in 1999, is an example of Cuba’s cooperation in the health sector.
A programme of scholarships for foreign students has graduated around 49,000 health professionals from 135 countries and from them more than 28,000 have graduated from the Latin American School of Medicine.
On Wednesday last, 38 medical doctors who have spent the last six years in Cuba studying, graduated at a ceremony hosted by the Department of Public Service, Ministry of the Presidency, at the National Cultural Centre.