10th Campaign against Homophobia and Transphobia Begins in Cuba 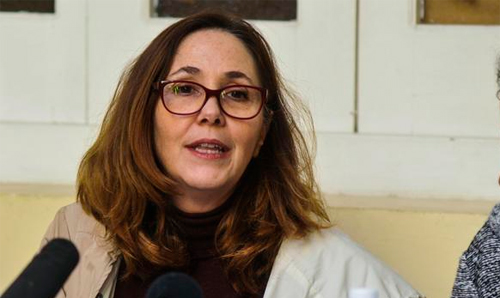 Havana, Cuba, May 4.- The 10th Campaign against Homophobia and Transphobia initiated in Cuba on Wednesday with the premise of educating the population on the respect of a free and responsible sexual and identity of gender orientation, informed the National Sex Education Center (CENESEX).

During a press conference in the Cuban capital, the Director of CENESEX, Mariela Castro explained that the campaign centers in the prevention of bullying or homophobic harassment in schools, something that is expressed in offensive commentaries, attacks, isolation and other discriminatory actions against a victim.

She explained that in comparison with regional studies, “this type of violence in Cuba is scarce”, and in different investigations, “it is not a serious problem”.  The specialist insisted in the need of joint work to identify the issue and prevent it at an early age.

Mariela Castro pointed out that the objective of teaching values and respect for diversity, the campaign, whose main activities will be held between May 9th and 20th, will center its educational work in future professors, also responsible in creating safe spaces in schools.